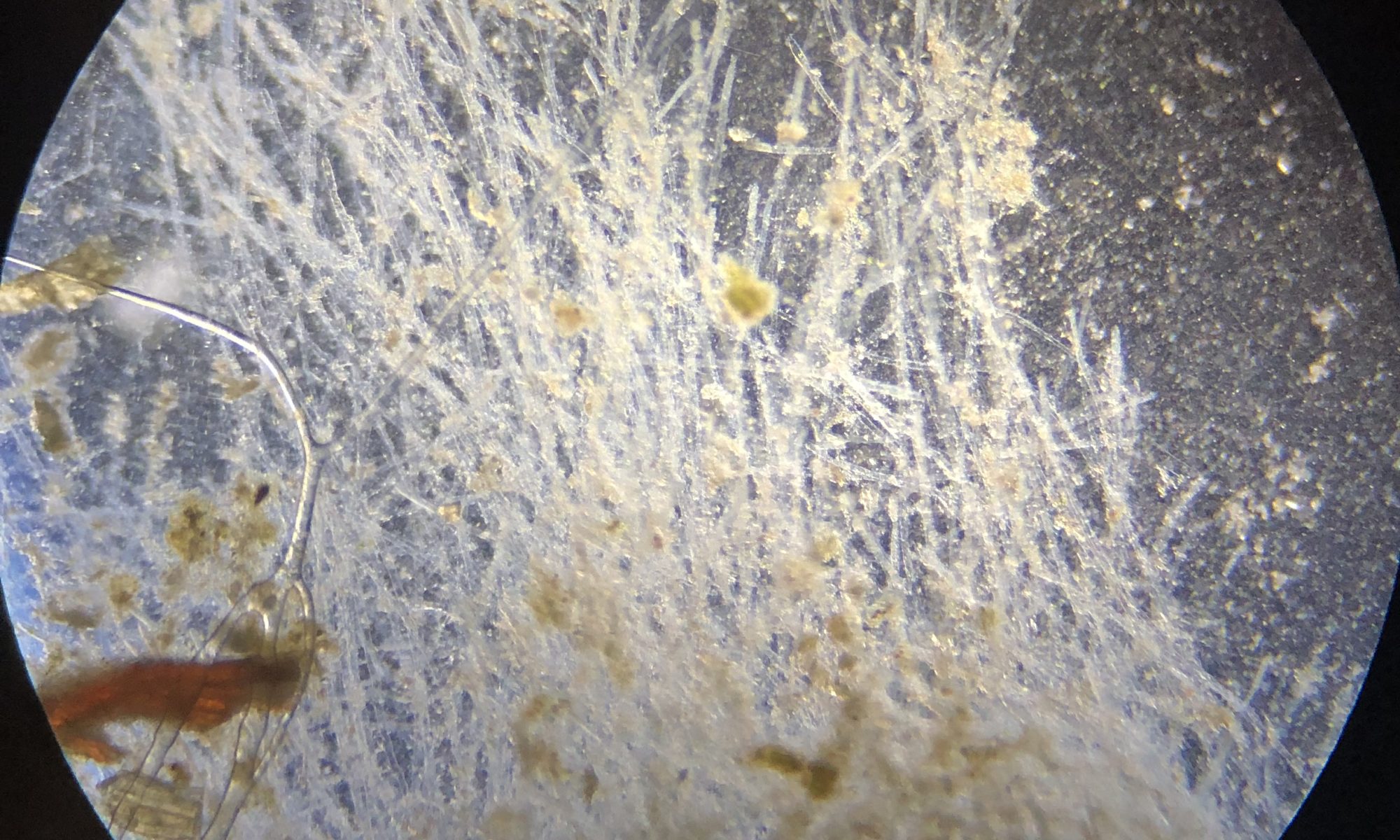 A coenocyte is a multinucleate cell (cell with more than one nucleus) that achieved multinuclearity through multiple division of a starter nucleus, as apposed to a syncytium, a multinucleate cell composed of cytoplasmically fused individual cells (such as in slime molds, which are not fungi). The hyphae of this mold were aseptate as well, meaning that the individual cells and nuclei were not seperated by the chitinous cell wall of the fungus.

I found this mold growing on a piece of fish food floating in a small pond. Coiled and wriggling among the fungal hyphae were countless worms, such as large nematodes and the spined worms most recently mentioned.

END_OF_DOCUMENT_TOKEN_TO_BE_REPLACED 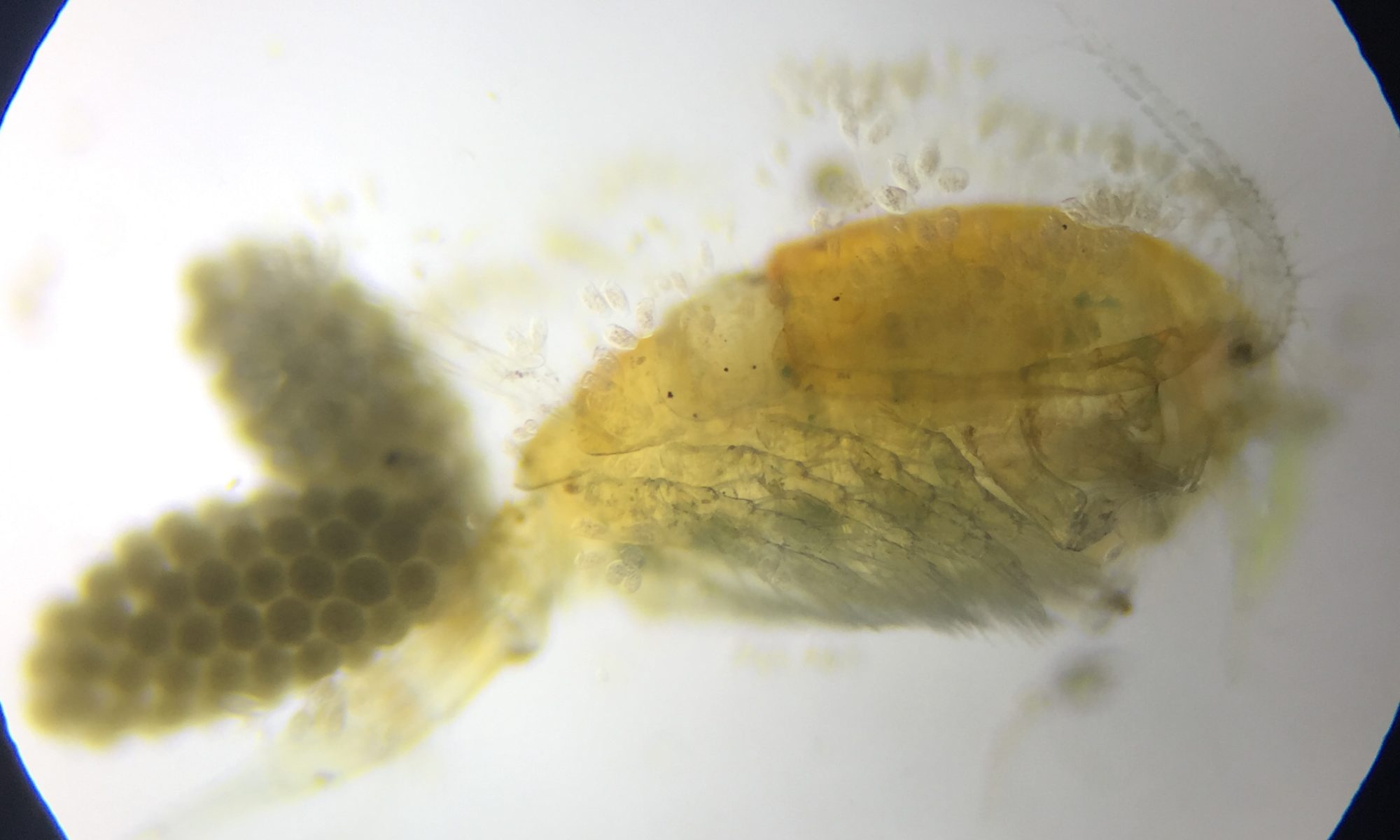 After patient use with a pipette, I managed to capture and view this copepod. The two large clumps toward the posterior of the crustacean are egg sacks; so naturally, it’s presumed that this particular specimen is female.

END_OF_DOCUMENT_TOKEN_TO_BE_REPLACED 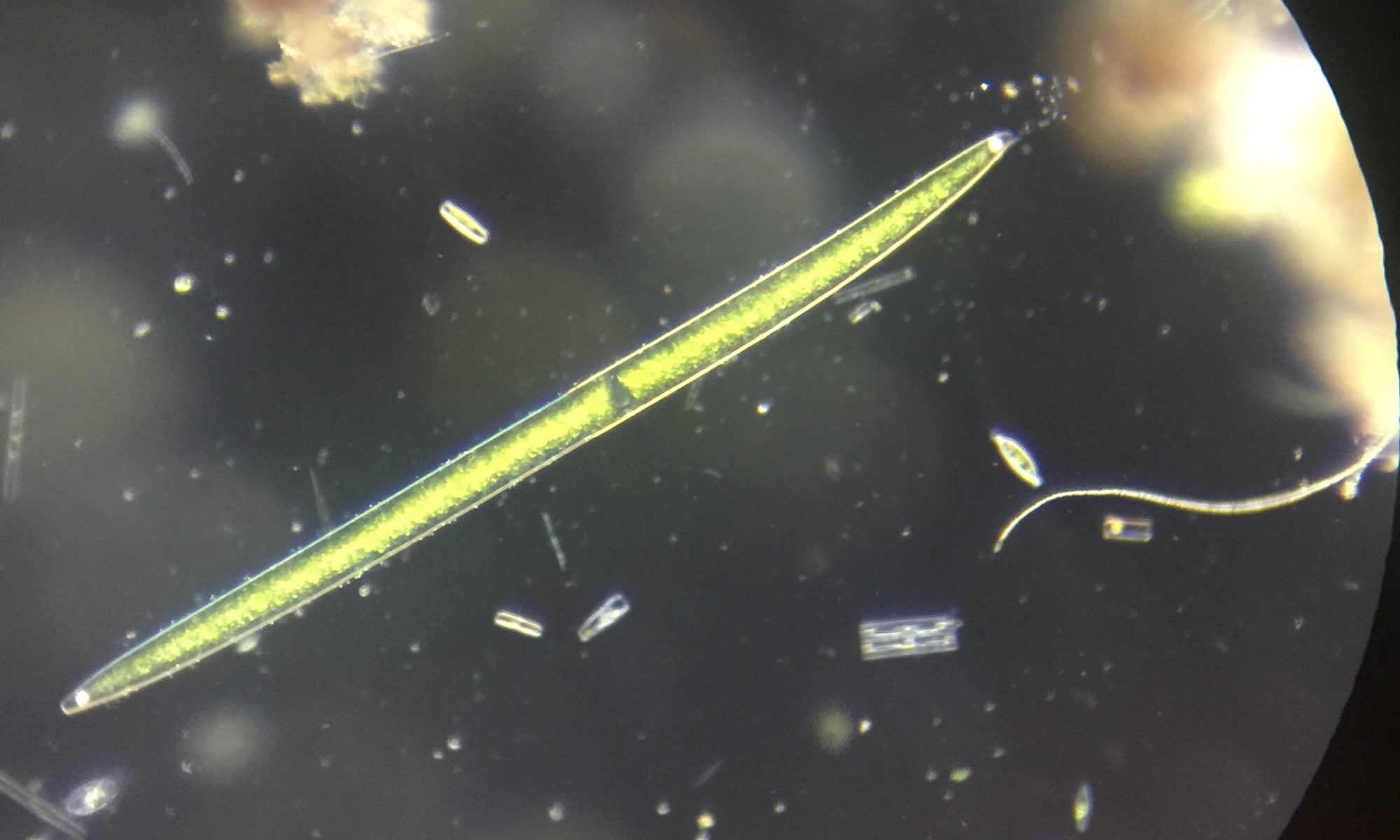 Algae were plentiful in the sediment as well. Lised below are some of the findings…

END_OF_DOCUMENT_TOKEN_TO_BE_REPLACED 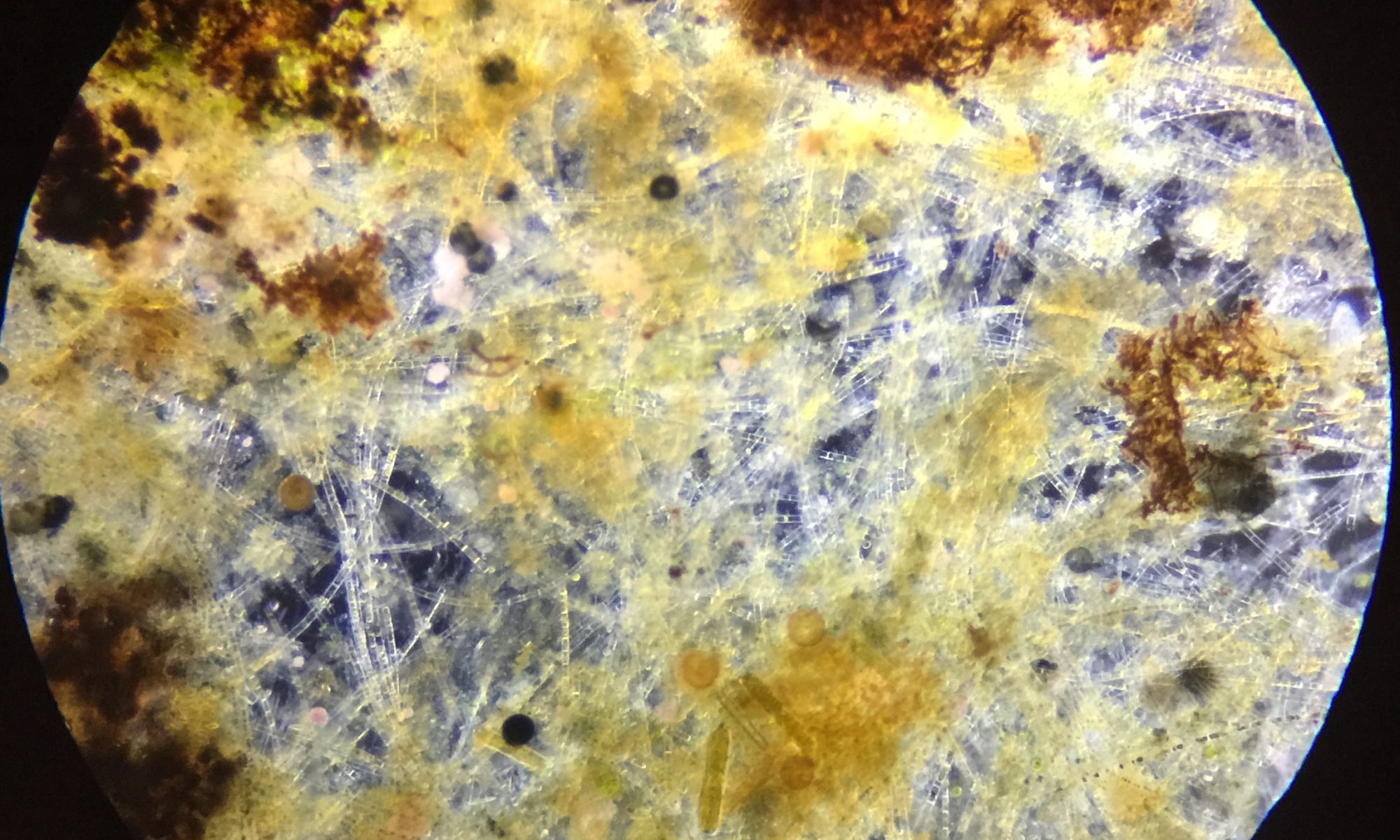 It’s like the paramecia were having a yard sale. 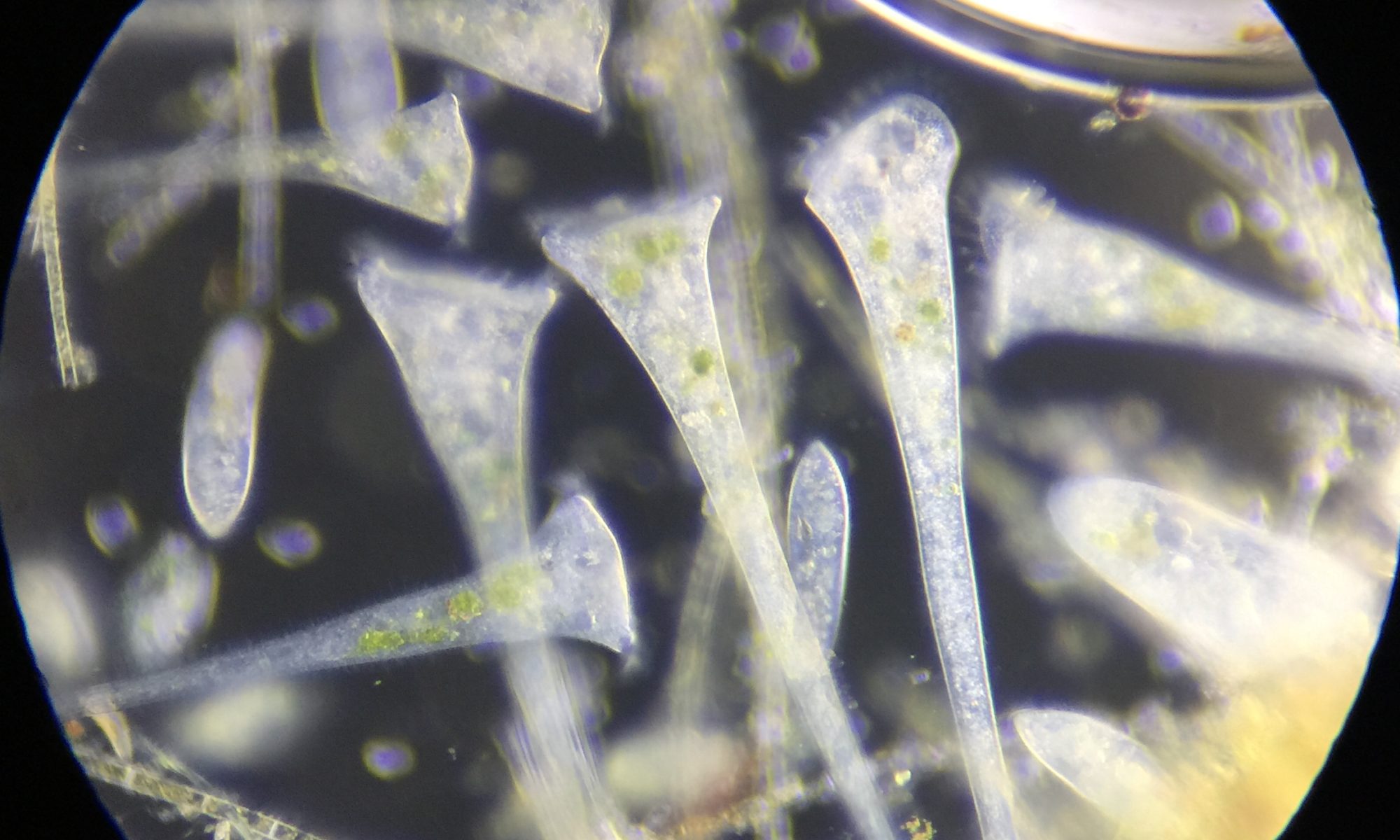 Stentor are known to be very large ciliates; some growing up to 2 mm in length, which is gigantic for any single cell. 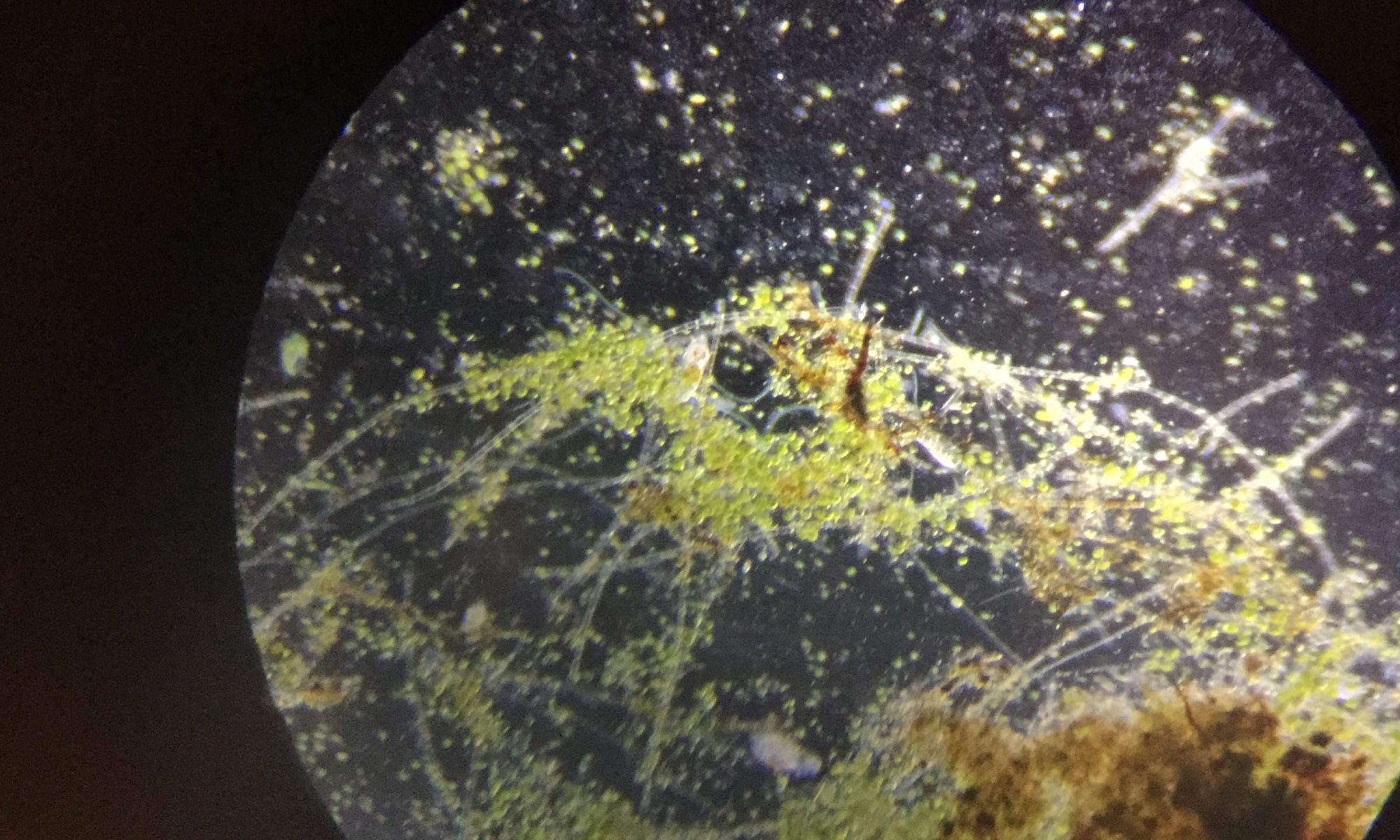