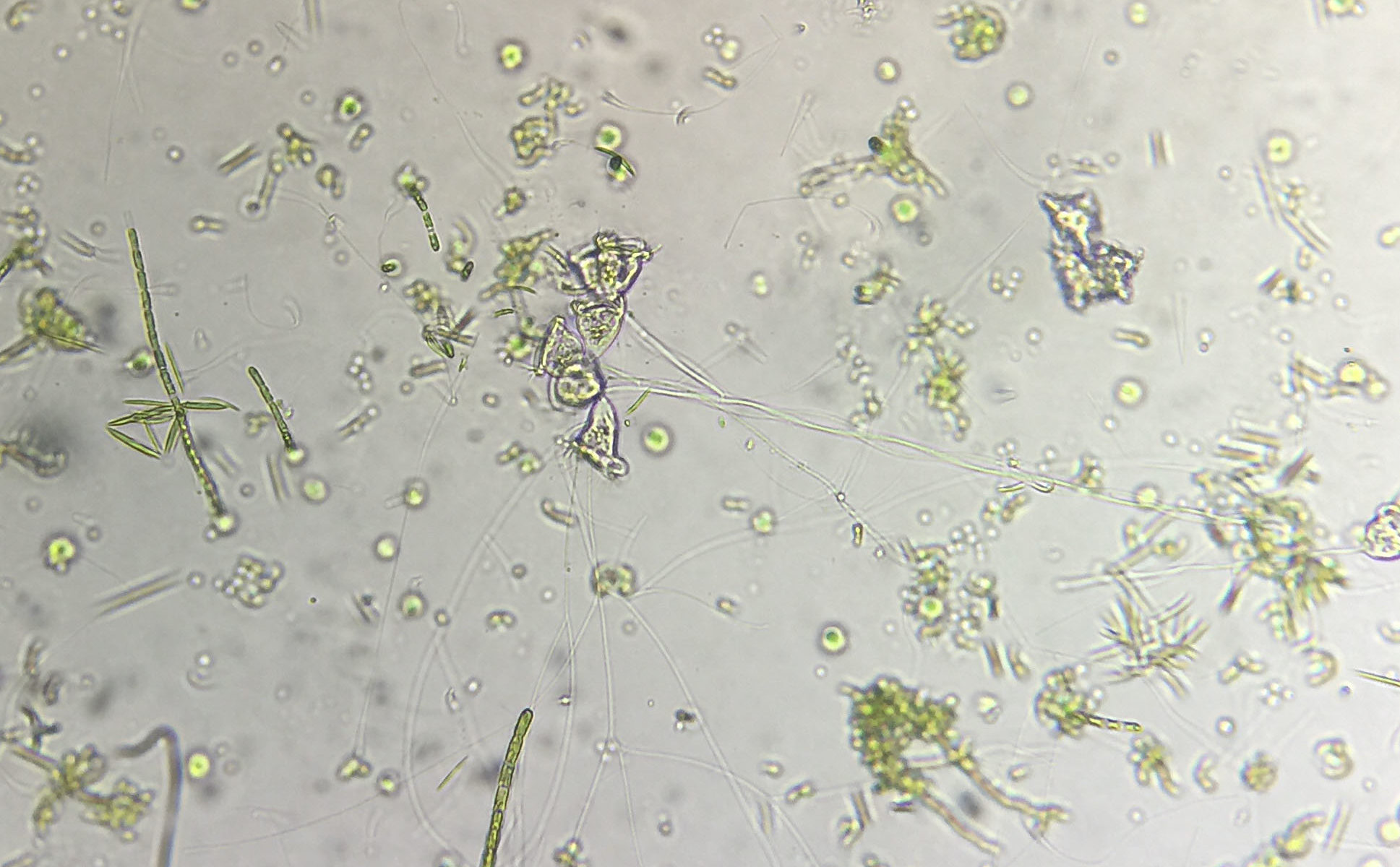 Microbiology is the study of microscopic organisms. The world of microbiology is extremely diverse, including everything from the rotifers  (multicellular, microscopic animals that are quite large on the microbial scale) to the tiniest bacteria. This website introduces you to a variety of these little creatures, as well as their fascinating and unique biology!

Among the life forms you find under a microscope, most of which will be single-celled. These organisms are called Protists, as most have yet to be classified with the other kingdoms of life such as animals, plants, fungi, etc (Protista used to be its own kingdom, but has since been dissolved).

Protists can be divided into 3 basic morphological types: Amoebas, ciliates, and flagellates. Amoebas are cells that have no actual shape, and locomotion is achieved by a process called amoeboid movement. Amoeboid movement is undertaken by the flowing of cytoplasm (cell contents) into an extention of the cell’s membrane called a psuedopod. Psuedopods come in all shapes and sizes. There are lobose psuedopods, which are fat psuedopods that contain much cytoplasm.  There are filose psuedopods, which are much slimmer than lobose varients. There are many other types of psuedopods, but I can already see that this paragraph is getting a bit too long…

Ciliates are cells that have hair-like structures called cilia. Cilia are used for locomotion, and cells that possess cilia can be quite speedy (handy tip: do not attempt to follow extremely fast ciliates with your microscope at a low magnification. It cannot be done). Ciliates with cilia all about are called holotrichs (Holotricha used to be an order within the phylum Ciliophora, but has since been dissolved). Some ciliates, namely the Hypotrichs, have structures composed of tightly packed cilia called cirri. In Hypotrichs,  cirri are placed typically on the ventral (bottom) side of the cell, allowing the hypotrich to “crawl” across detritus or other substrates.

These 3 basic forms of protists can be placed into 3 basal categories (keep in mind that not all of these creatures fall into these categories). The categories are as follows: Amoebozoa, a supergroup, contains amoebas. Ciliophora, a phylum, contains most of the ciliates (some protozoans, known as opalines, possess cilia but are not closely related to the ciliates).  Excavata, a supergroup, contains many of the flagellates. Of course, this scheme is based on motility type only; there are many protists that I partially left out. More on them later!