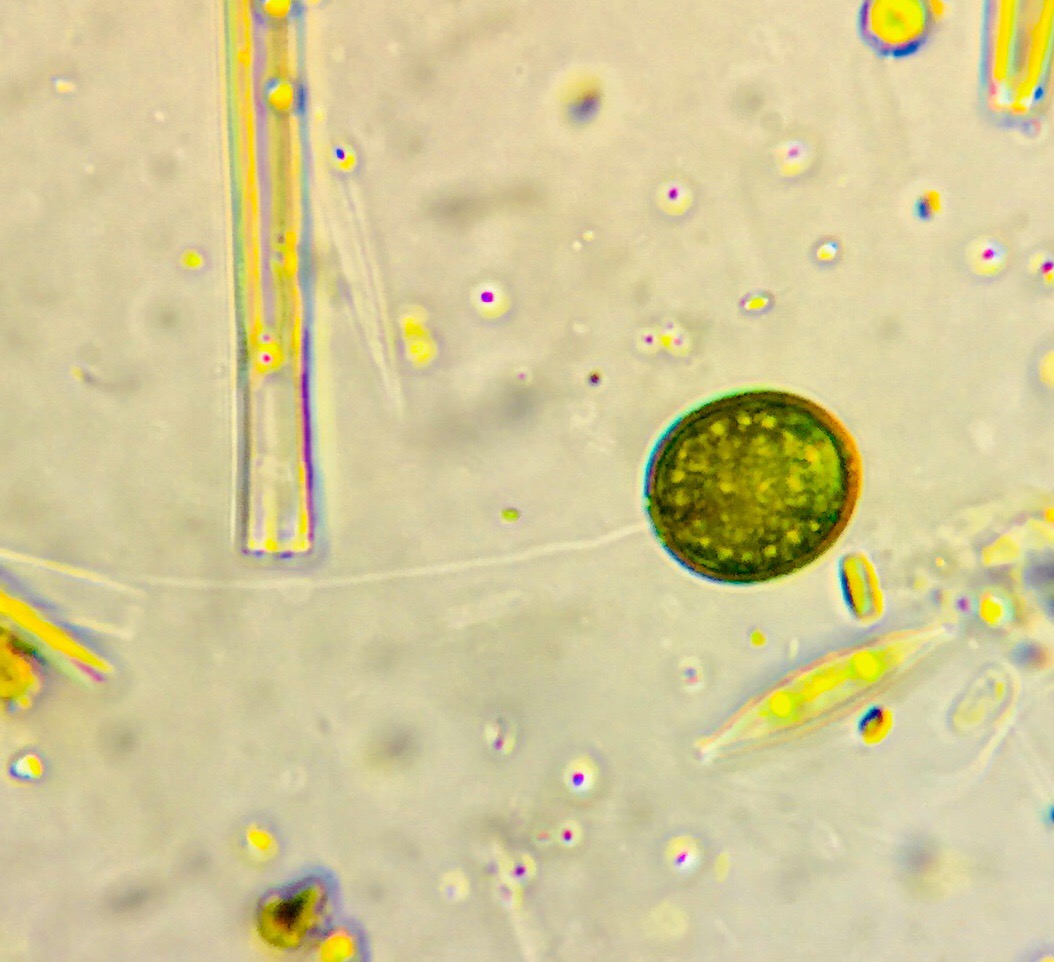 Trachelomonas is a genus within Euglenaceae, a family including Euglena. Trachelomonas differs from most other Euglenids as it possesses a shell-like structure called a lorica. This lorica contains ferric hydroxide, which gives it a redish coloring. At one end of the lorica is a small aperture from which the cell’s flagellum may emerge. Small spines are also present outside the lorica.

A relatively long flagellum can be seen extended from the green cell (left).

Below: A second species of Trachelomonas was found in a sample of pond sediment. The lorica of this species contained many more spines than the species above. 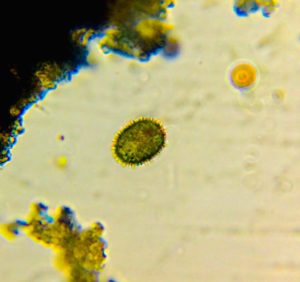