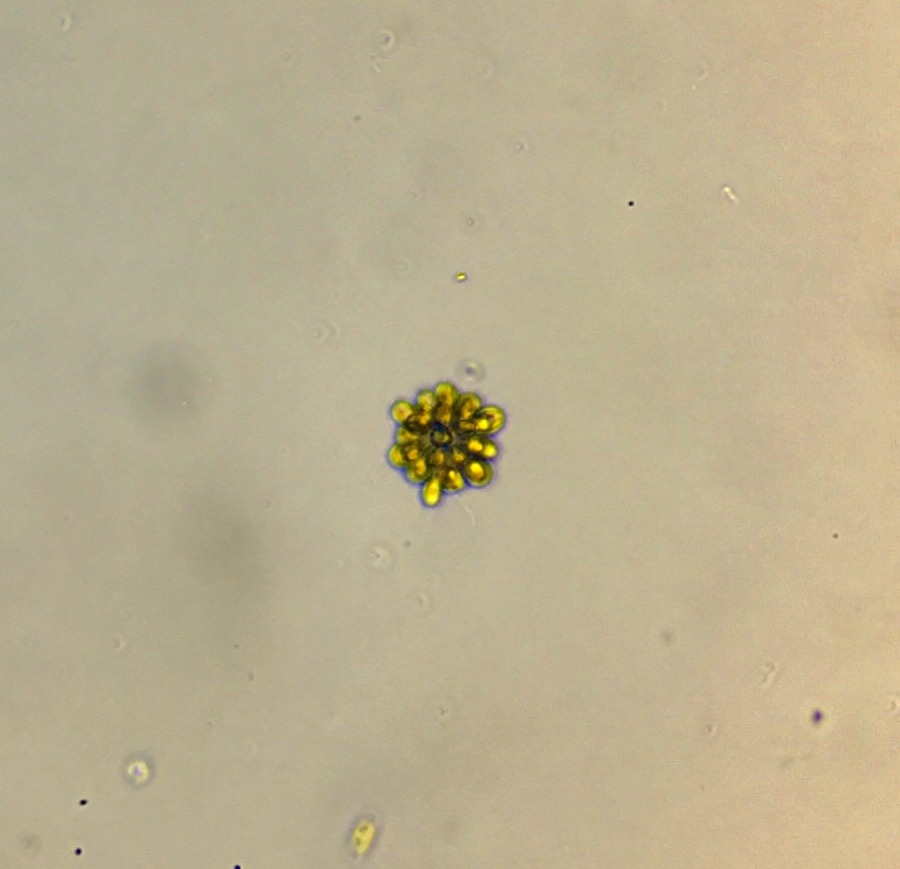 Rather than remaining solitary, some flagellates will form colonies. A classic example of this are the Synura Uvella featured in the photo above. The genus Synura is included among the Chrysophyta (Golden Algae). Clearly seen extending from one cell is a single flagellum.

Please be aware the the Chrysophyta are NOT an actual taxon; the genus Synura is included in the class Synurophyceae

There were hundreds of these colonies when I first viewed the slide. Only a few hours later, there were just about 3 or 4 left (not including a solitary cell that was also found).