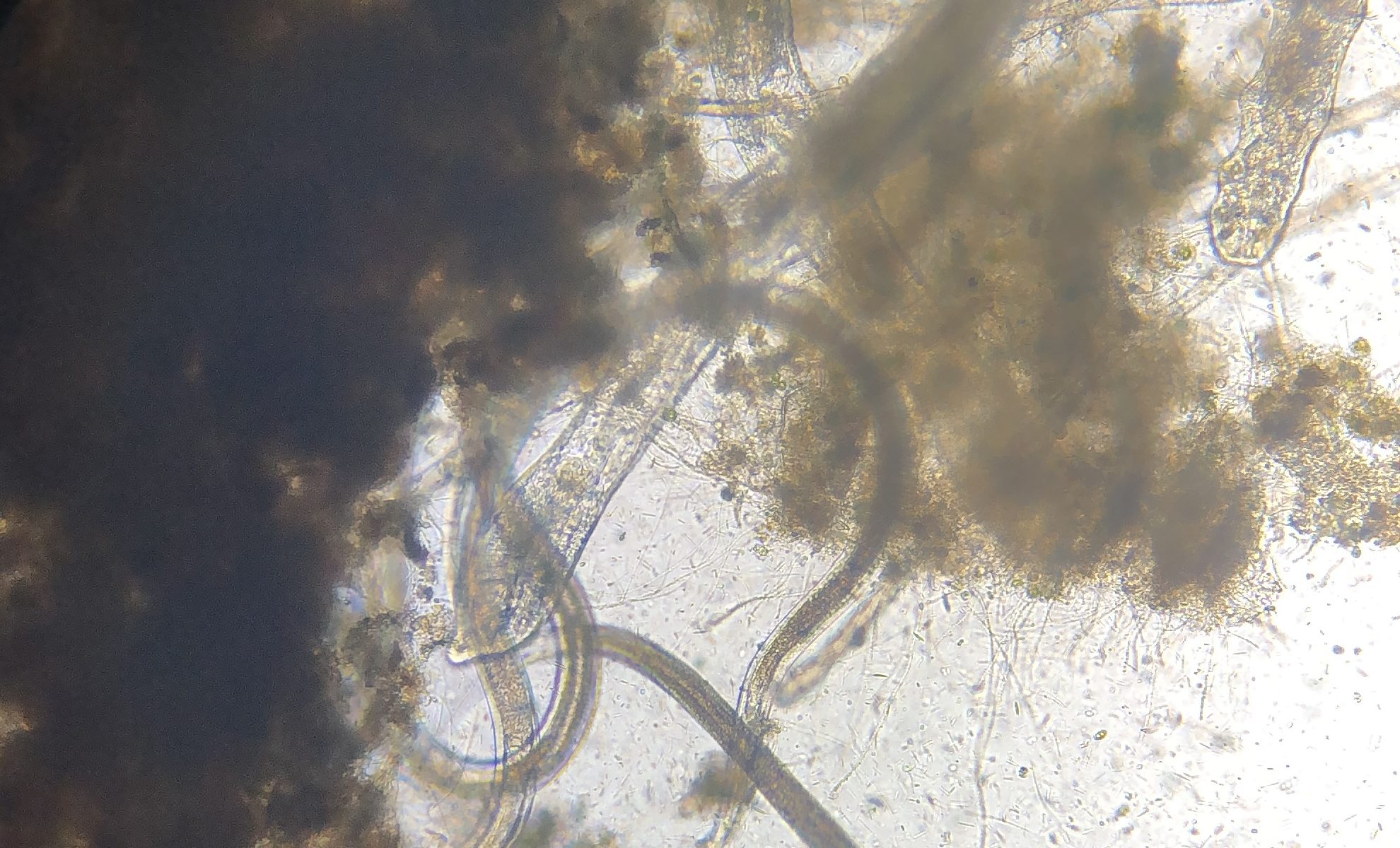 In the same sample as the strange mold, I found more spiny worms and quite a number of large nematodes; most of which were visible without the microscope. 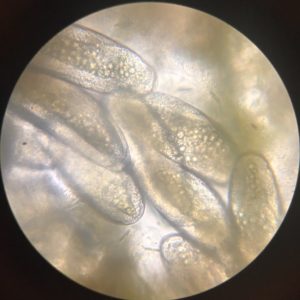 Above: I found these egg-like bodies tucked away within the piece of fish food, on which the mold was growing. I suspect they were layed by one of the 2 worm species on the slide; to which worm they belong to, I do not know.

With the recent income of new information, the spiny worms seem to be in the genus Chaetogaster.