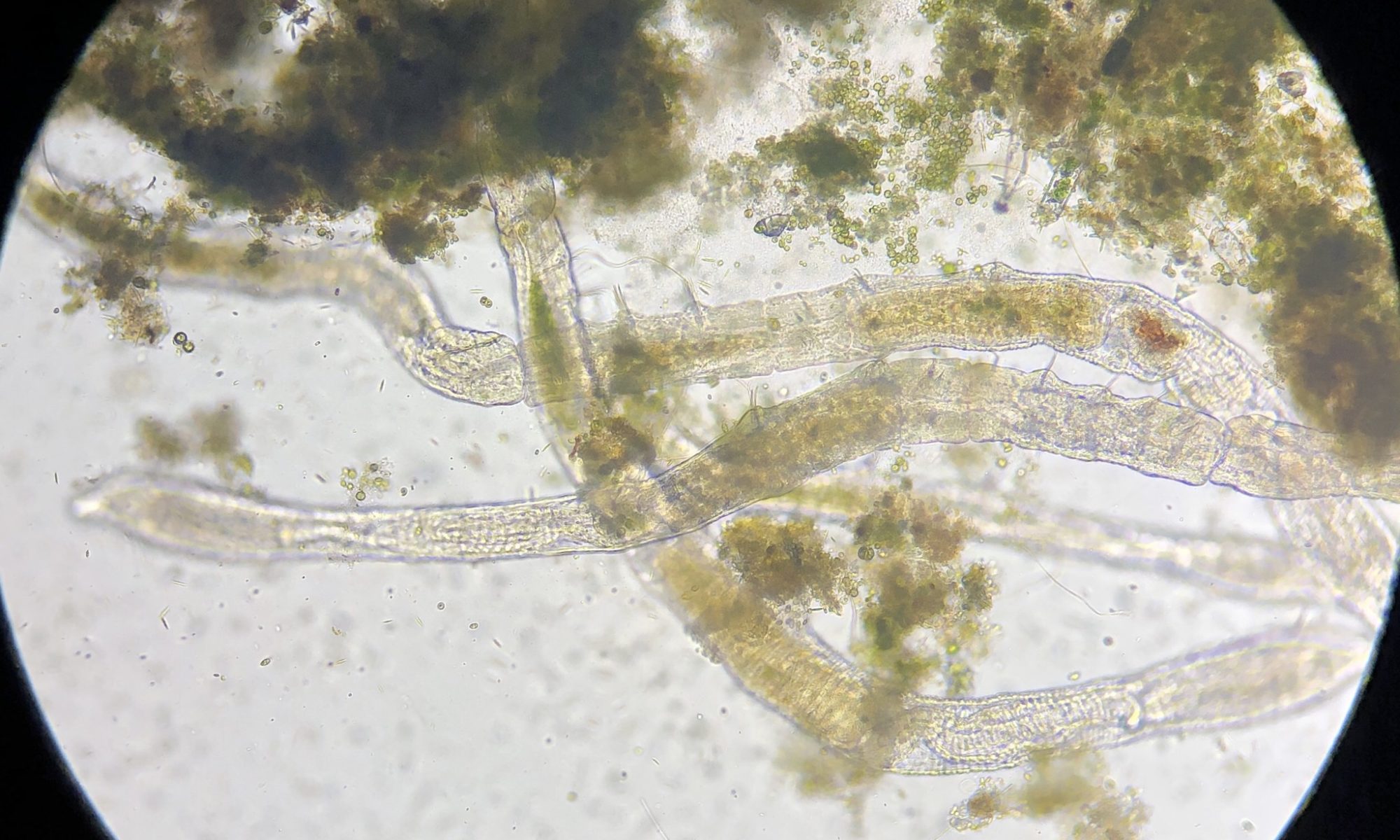 Many of these large, segmented worms lived among the algae on the slide previously mentioned. I’m not exactly sure what taxon these are in, but are close in resemblance to worms in the phylum Chaetognatha as they possess a destinct head region, a trunk-like neck, and a tail region (the tail end appeared to have a holdfast). 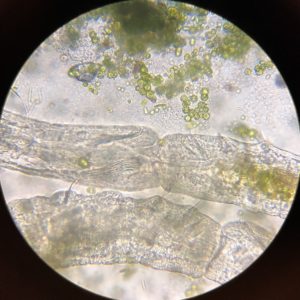 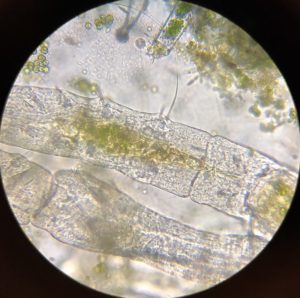 Above: A few segments of the worm’s body. A few spines are also present. 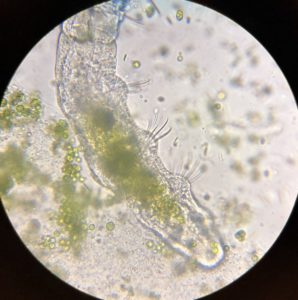 Above: Every few segments, there were spines. The spines shown above were on the tail end of the worm. 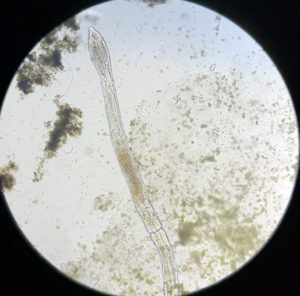 Above: Some of the worms were quite large, such as the one shown above. 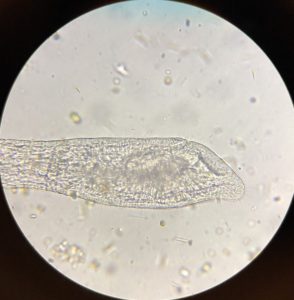 Above: The head region of one of the worms. Tiny bristles surrounded the oral region.