Algae were plentiful in the sediment as well. Lised below are some of the findings…

Featured Photo: Darkfield of a desmid. 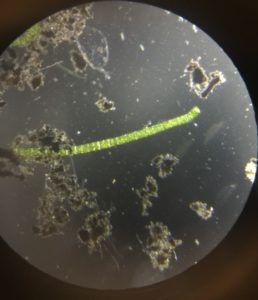 Above: Very thick algal filaments such as the one above were spread across the slide. 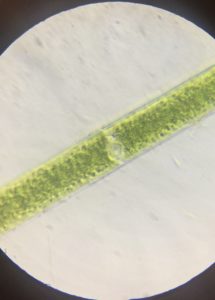 Above: Once again, you can clearly see the central nucleus of the desmid shown above. For more on desmids, see earlier posts. 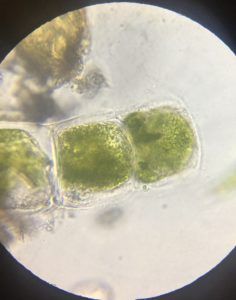 Above: The very thick algal filaments mention earlier at a higher magnification. 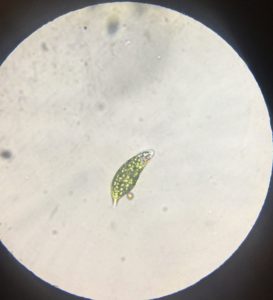 Above: Euglena Gracilis, a flagellate algae. For more on Euglenids, see earlier posts.