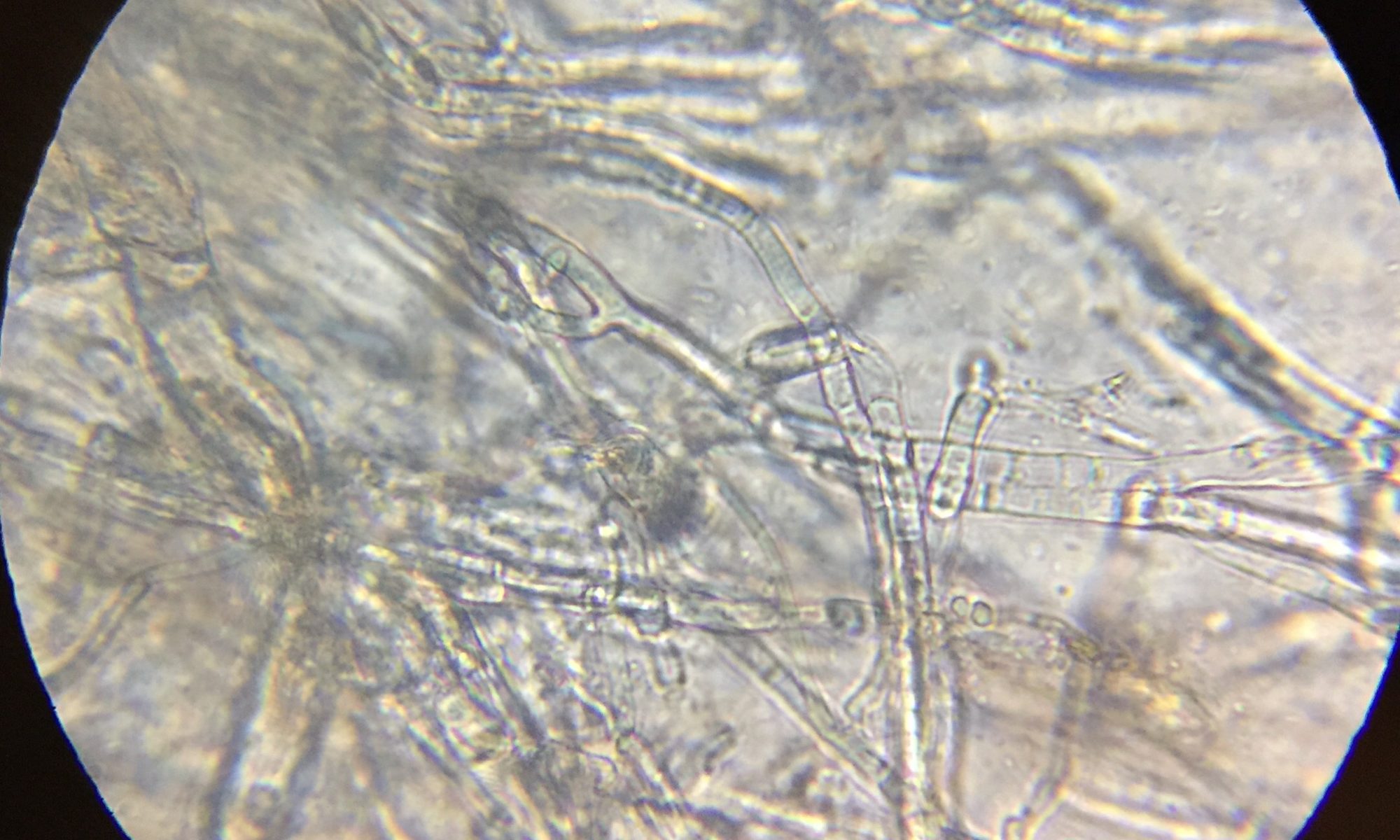 This bit of soil fungi was growing in profusion in a sunflower plot (along with some dog food put down for fertilizer; and no, I don’t have a dog). The featured image shows the many filamentous hyphae that allow the fungus to branch out and engulf soil particles and nutrient-rich areas.

The photomicrograph below presents two of many young sporangia (spore-producing stalks). Sporangia are responsible for producing spores, which in turn grow somewhere else (Sporangium, the singular form of sporangia, is interchangable with sporange, a word that rhymes with orange). 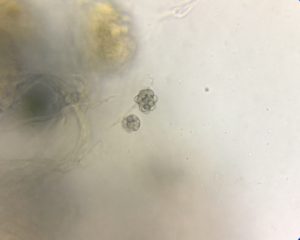 The photomicrograph below shows a wider view of the many young sporangia (visible as small black dots) being produced by the fungus. 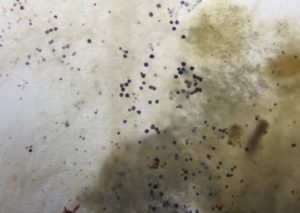 I added water from the soil to dilute the sample for easy viewing. The result was a splendid mixture of bacteria, spores, and young fungal filaments, as seen in the center of the preceding photomicrograph. 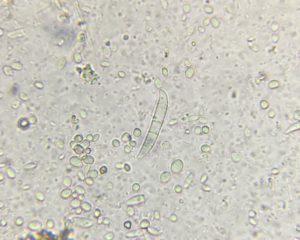