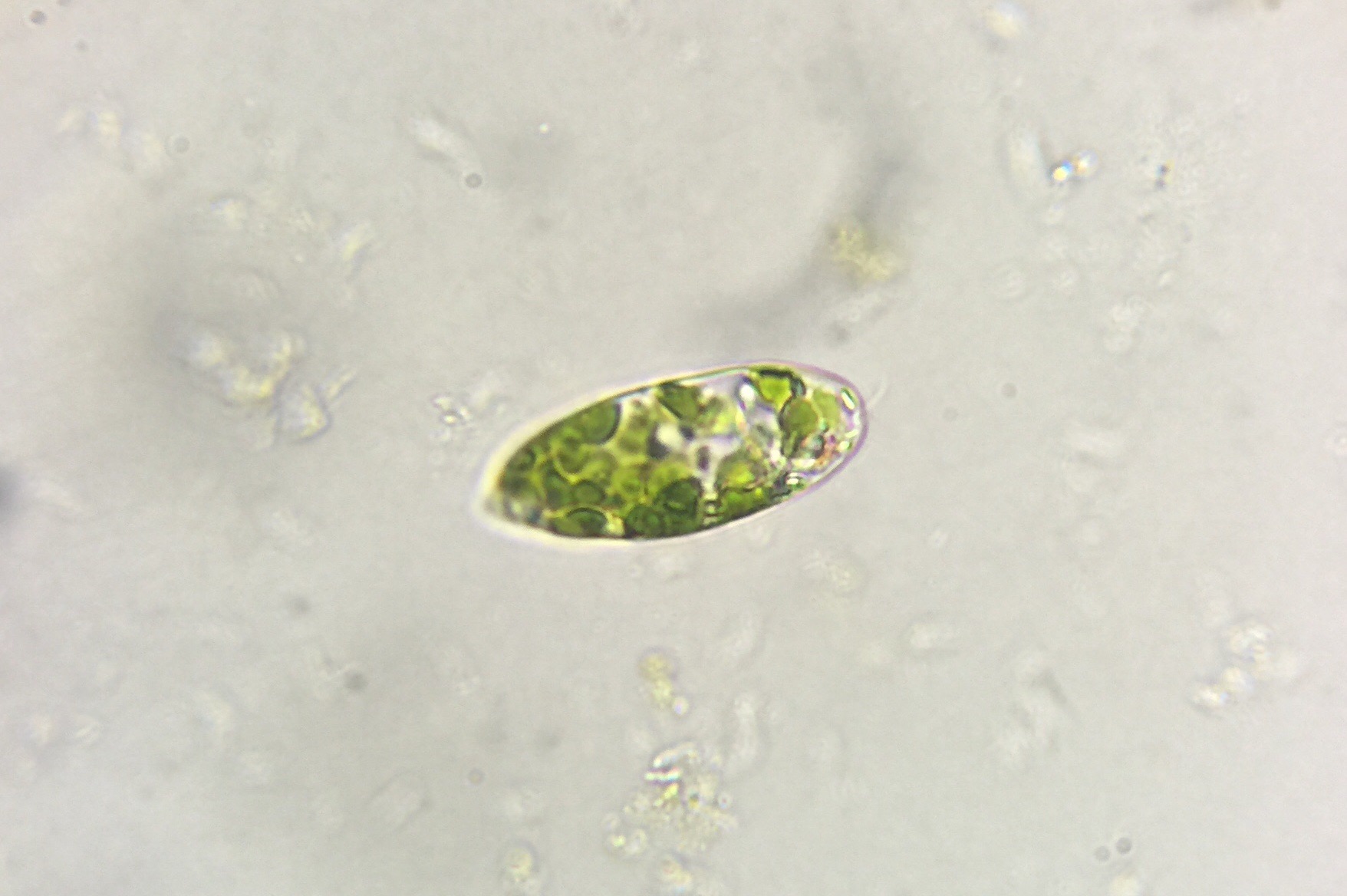 Euglenids are flagellate algae. This particular species possessed a photoreceptive eyespot, composed of a stigma (pigment bodies) and a paraflagellar body which directs processes of phototaxis (the movement of an organism towards light). The eyespot apparatus can be seen as an orange mass toward the anterior of the cell (in the photo, the end on the right). Also visible at the anterior is one of two flagella.

Euglenids typically subscribe to two forms of motility: flagellar movement, and euglenoid movement; also called metaboly.  Metaboly can be described as sort of semi-amoeboid movement. Of course, amoeboid movement is respective to amoeboid cells, and metaboly is done mostly by cells that have a pellicle, which is a cell membrane supported by some other structure such as protein or sacs called alveoli. To see euglenoid movement in action, you can watch my video of this Euglenid on The Micro Planet’s youtube channel.