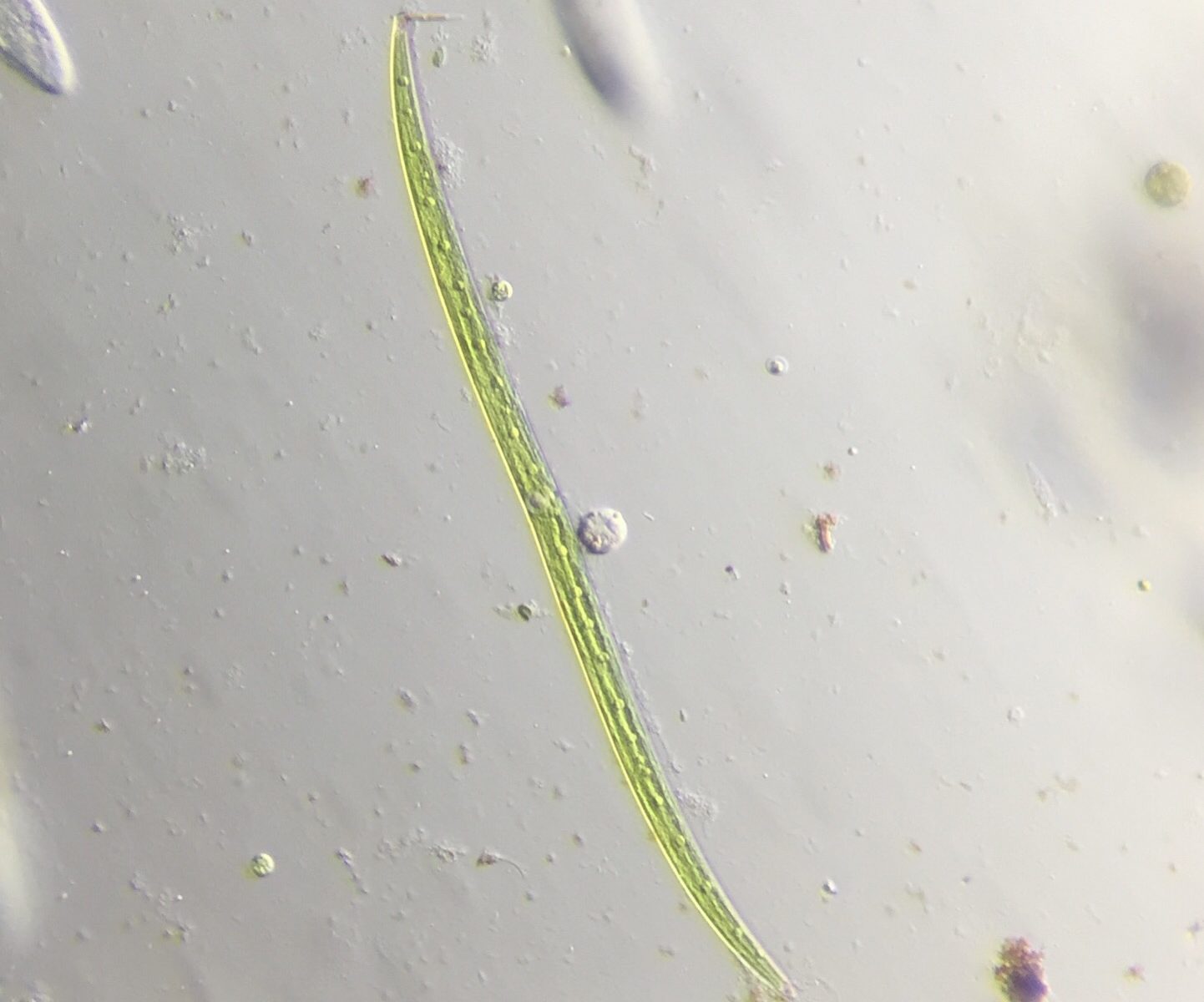 The photomicrograph above exhibits a desmid (the large green thing), and a much smaller filopodial amoeba (the little blob right of the desmid). 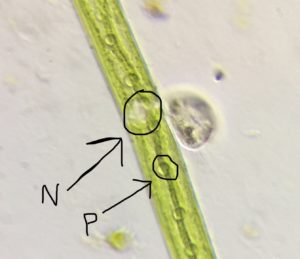 In the photo above, I have identified two organelles of the desmid. In the circle labeled N, the nucleus, and in the circle labeled P, a pyrenoid, one of many in a single row running down the length of the cell. The pyrenoid is an essential organelle for most algae. It’s function is to    store sugars as polymers (starches), and play a key role in carbon fixation. Pyrenoids can be found in all algae and some higher plants, such as the hornworts. 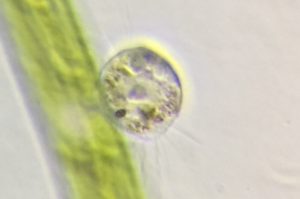 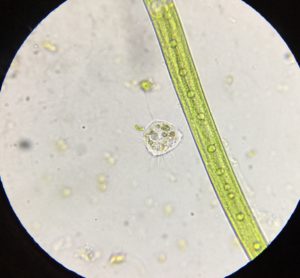 The filopodial amoeba shown in the two photos above seemed the have an unusual fondness for the desmid, as it appeared to take delight in crawling all over it. It could be that, or it could be that the amoeba simply misidentified the desmid as prey small enough to phagocytize.