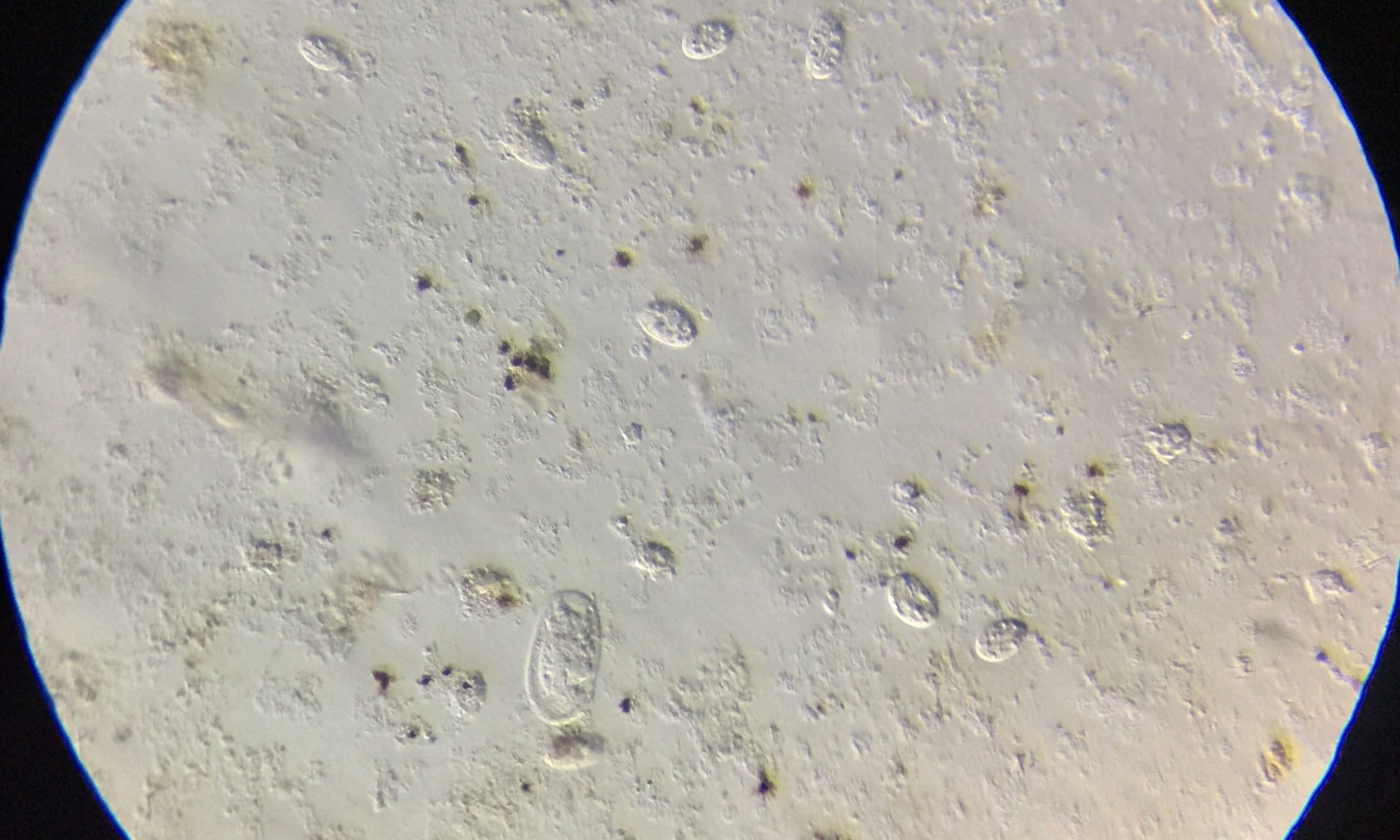 I found many small ciliates swimming about that I never saw in the slide before. I was also a little disappointed to see that the larger ciliates had either died out, were dying, or were one of the very few survivors. As with other slides, I began noticing a patern for slides like this: heterotrophic population grows considerably, and then drops suddenly. Smaller heterotrophs and photosynthesizers soon take over. (depending on the environment, either the small heterotrophs or the photosynthesizers will achive slide domination. I once had  a slide full of cyanobacteria which outcompeted everything else and took over the slide; even taking the cover slip clean off!)

One Reply to “More Ciliates”