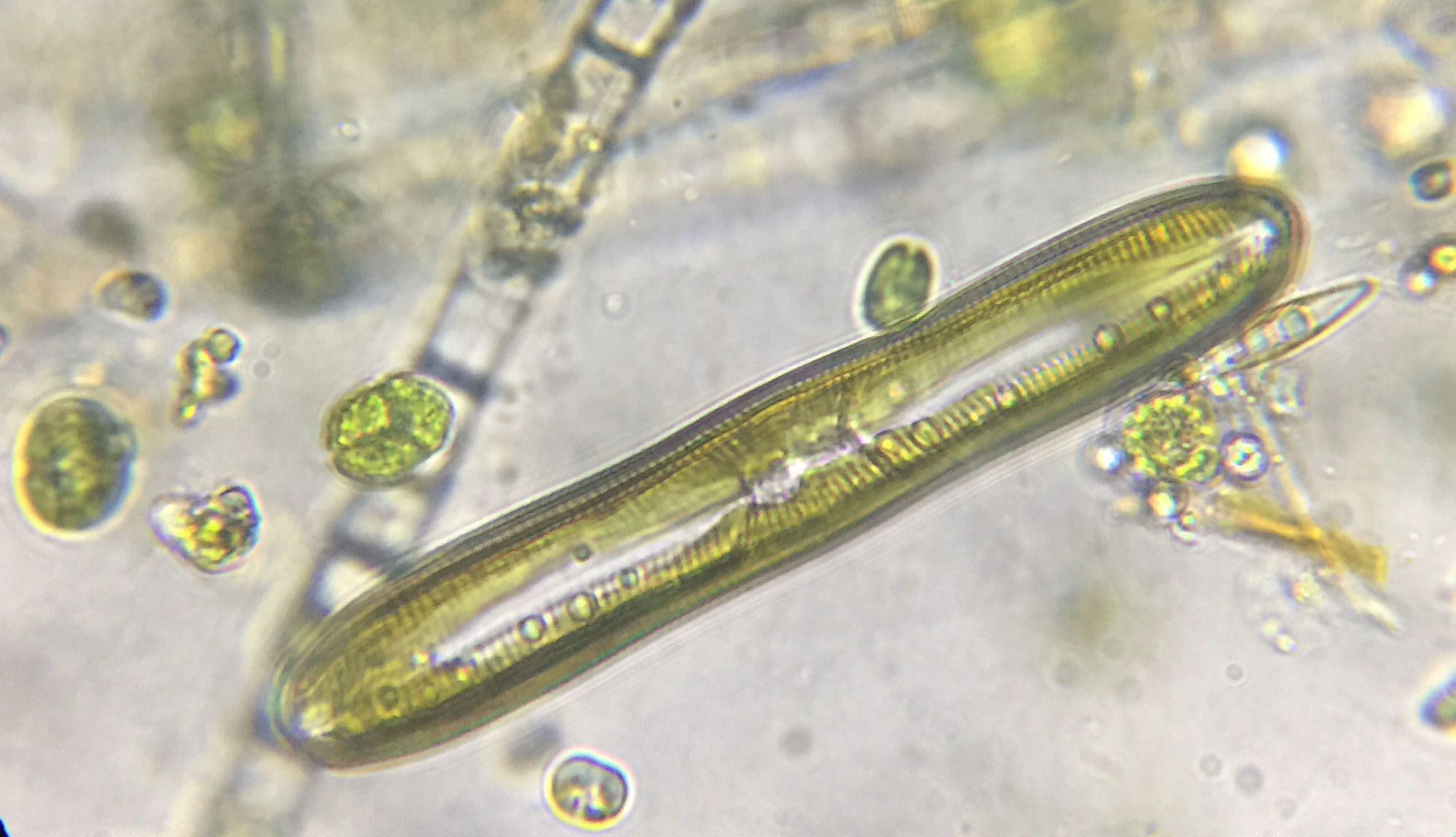 The attached photomicrograph is of a pennate (pen-like) diatom. Diatoms are microscopic algae that possess a shell made of silica. The shell, called a frustule, is composed of two halves that fit together like a petri dish and its lid: an epivalve, and a hypovalve. Most diatoms are non-motile (cannot move), but a few pennate forms possess a slit-like opening on one or both of their valves. The slit streams mucous between the valve and a substrate, pushing the diatom forward. This limits the diatom’s movement quite a bit, but it’s not bad for a single, algal cell!