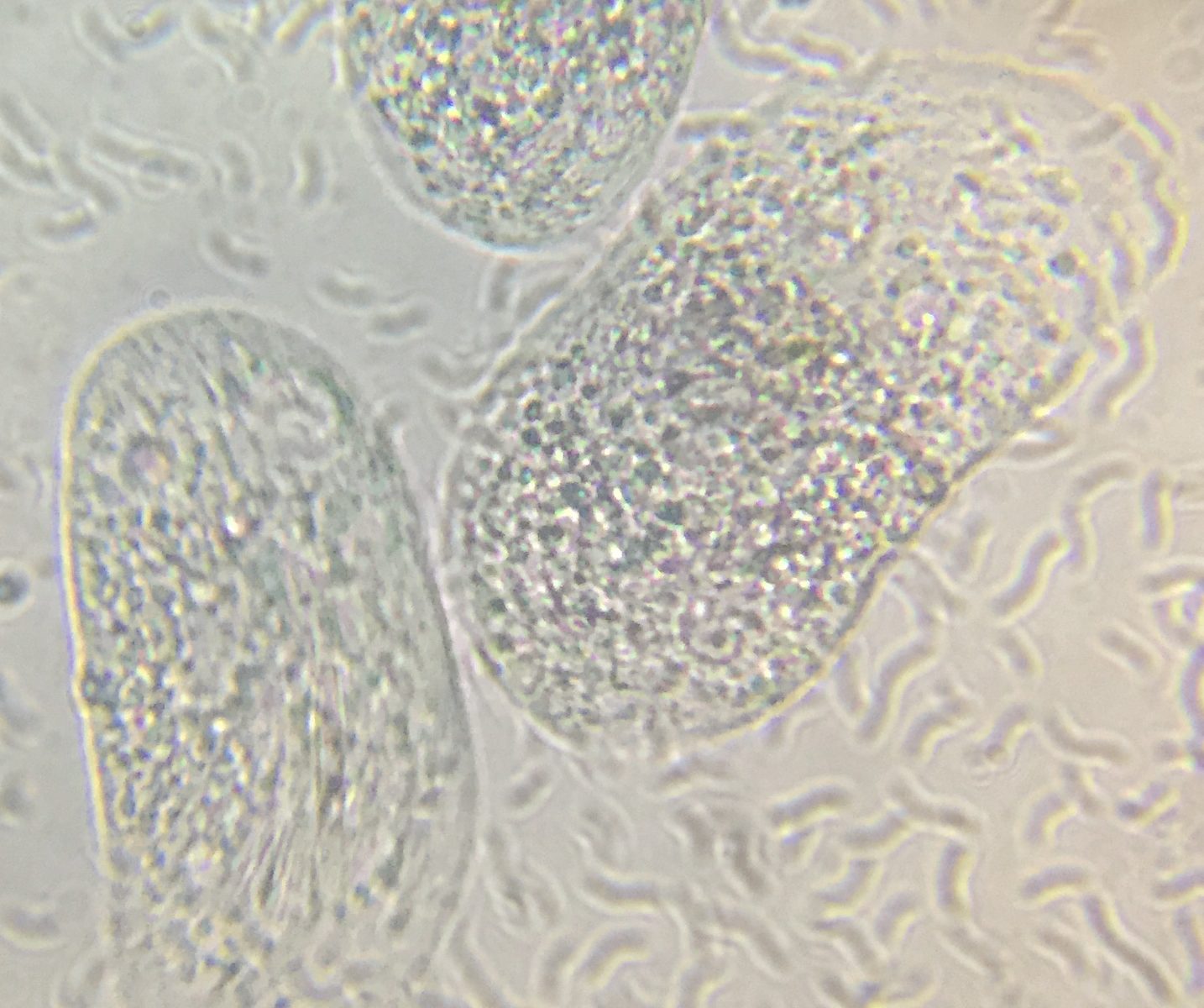 A gigantic colony of bacteria had accumulated on the slide, and with it came some predators, such as the ciliates shown above, which were happily feasting away at the bacteria.

I was a little surprised to see that these ciliates possessed a specialized feeding apparatus called a cyrtos, or nasse. A cyrtos is basically the same thing as a cytopharynx, which many protozoans have, but is held up by complex array of microtubules called a nematodesmata.

Great News: I have finally identified this ciliate as Chilodonella Cucullus.